How To Explain STI Risks to Teenagers

Talking to your teen or pre-teen about sex can certainly be uncomfortable, but it can help them make smart decisions and protect themselves from unplanned pregnancy and sexually transmitted infections.

Based recent data, almost half of all 9th to 12th graders have engaged in sexual intercourse at least once. Fifteen percent of these sexually active teens report having had intercourse with four or more partners. Despite having some sexual education in their school curriculum, almost 40% of sexually active high school students did not use a condom during their last sexual encounter. When they do not use condoms, teens are at a much higher risk for contracting a sexually transmitted infection.

Teens are particularly at risk for STIs because their feelings of invincibility make them prone to engage in unprotected sex. That is why almost 10,000 people between the age of 13 and 24 were diagnosed with HIV in 2013. About half of the 20 million new STI cases last year were among people between the age of 15 and 24. It is important to remind teens and young adults that these infections are common in their age group; whether it’s the first time or the fifth time they engage in sexual activity, they need to know the risks and take proper precautions to protect themselves. 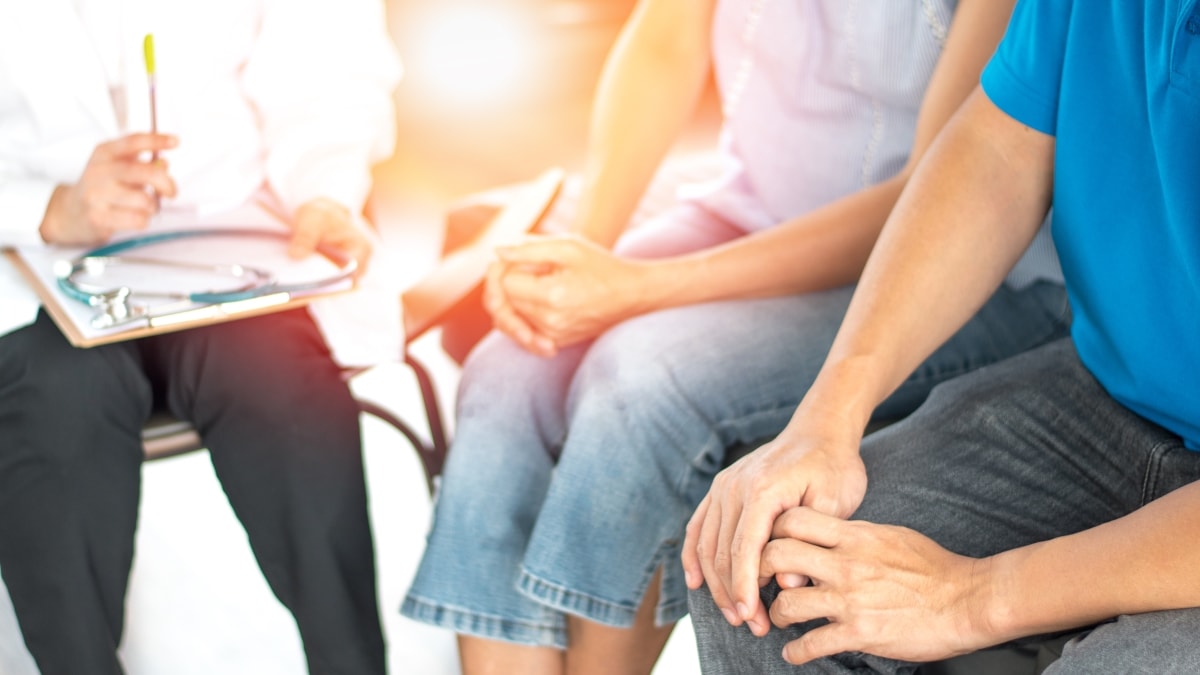 Why Talking to Your Teen is Important

Fifty percent of teens report feeling uncomfortable talking to their parents about sex. Teens who are uncomfortable even mentioning sex to parents are very unlikely to ask for help when unusual symptoms appear and they need to be tested or treated for an STI. This fear can be extremely dangerous because an untreated STI can have serious consequences. For example, chlamydia, one of the most common STIs, can often go untreated and cause pelvic inflammatory disease, which can result in further complications such as infertility.

Most high school students already know the basic facts about condom use, pregnancy, and STIs. However, if they feel uncomfortable reaching out to parents with questions or concerns, they are likely turn towards the Internet or peers, which could result in incorrect and possibly harmful information. Parents that talk to theirs teens about STIs or sex in general may encourage those teens to be more comfortable talking to their parents in the future about other questions. Teens that talk openly about topics related to sexuality are more likely to delay their first sexual experience, have fewer partners, and use condoms and other contraceptives.

Some schools provide “abstinence-only” education, which can leave the students without the important knowledge they need to be safe and health. Those students especially need parents who will discuss sexual risks with them.

What Can You Do?

Sexual education at school can be reinforced or supplemented at home to be more effective. Schools and physicians can present the facts, but cannot personalize sexual education to each student’s specific values, cultures, and beliefs. Parents, in contrast, can fit sexual education into their child’s existing health and cultural framework in a way they will understand and relate to.

You have nothing to lose and everything to gain by talking to your teens about sex. Studies have shown that teaching sex education, including encouraging condom use or other forms of contraception, does not make teens more likely to engage in sexual activity; it can even delay the onset of sexual intercourse. Starting a conversation with teens about sexually transmitted infections can help them stay healthy and safe, as well as promote open communication in the future.

What They Need to Know

Teens and preteens need information that is practical, relevant, and correct. Tell them that the best ways to avoid getting an STI are always use condoms, limit the number of sexual partners, or abstaining from sexual activity of any kind. Some of the most common STIs, such as chlamydia and gonorrhea, rarely show symptoms (especially in females), so encourage regular testing to protect themselves against the long-term consequences of these diseases. Explain how to recognize an STI, what symptoms they might experience, and assure them that you are there in case they need help. The three most common STIs in adolescents are HPV, trichomoniasis, and chlamydia, so being aware of the symptoms for these diseases is particularly beneficial helpful. Tell your teens where they can go to get tested or find more resources on STI prevention. 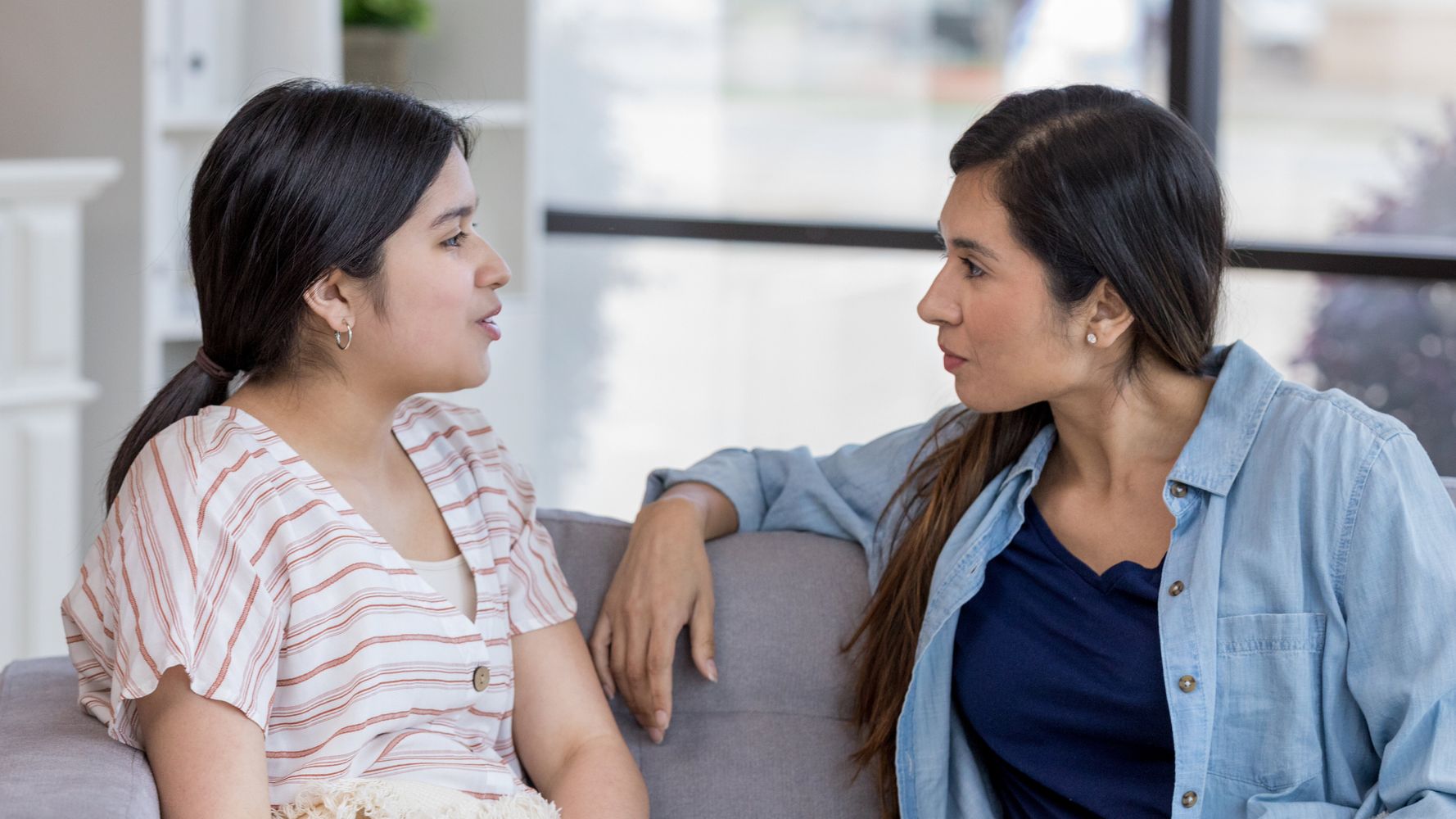 How to Start the Conversation

Look for opportunities to start talking to your teen about their sexual health in everyday life. Many songs, advertisements, movies, or TV shows present topics that could be used to start a discussion. Since most teens feel uncomfortable talking about these subjects, you might want to start the discussion by addressing the fact that while it is a little awkward to talk about, sexual health is a perfectly natural part of life. Remind them that they should not feel embarrassed talking about sexuality, especially when it comes to their health. Use simple language and a casual tone to reinforce that this is not an unnatural, embarrassing, or off-limits topic.

Let your teen or pre-teen know from the start that you are interested in their opinions, perspectives, and questions.

The best time to start the conversation is anywhere in the late childhood to preteen years, but it is never too late! Talking to your child before they start sexual activity is the best way to ensure that they can make informed decisions and practice the safest habits. If your teen is already well into high school years, do not think that you’ve missed your window of opportunity. It is never too late to start an open conversation about sexuality and health.