Many cognitive disorders of varying intensity are linked or not to a brain injury.

A cognitive disorder is an alteration of brain functions and, in particular, of memory. It can also be translated by a slowing down of the thought process.

Moreover, a new term has recently been approved at the international level: “cognitive frailty”. It associates the notion of frailty and cognitive disorders in the same individual, suggesting partly common processes, notably via inflammation and oxidative stress.

Good to know: drug intoxication can cause a cognitive disorder.

It is necessary to detect the symptoms of a mild cognitive disorder, especially if it affects memory, to prevent the person from developing a more serious disease such as Alzheimer’s. People with cognitive impairment tend to :

– forget their phone number, a person’s name, a question asked, information just read or heard, an appointment, or what they did during the day;

– Be prone to mood swings;

– Confusing those around them;

– be temporally and spatially disoriented;

– perform routine tasks, whether in the private or professional sphere;

– misplacing objects because they forget where they have stored them.

It is important to note that the symptoms of cognitive impairment are extremely variable, depending on the affected area of the brain.

Good to know: a person with a cognitive disorder is likely to take his or her medication several times or not at all. The people around them must therefore be attentive.

Here are the main cognitive disorders indicated by the Diagnostic and Statistical Manual of Mental Disorders (DSM):

– Dementia: This is sometimes genetic. It can also be due to a stroke or brain trauma. But in the majority of cases, the origin of dementia is pathological (Parkinson, Alzheimer, Huntington’s). These diseases deteriorate cerebral functions.

– Amnesia: it can be caused by a cerebral trauma, alcoholism, or a major shock, also called “concussion”.

– Delirium: it is caused by alcoholism and, more generally, by the abusive absorption of psychotropic drugs, but also by sleep deprivation, a psychological disorder, or inactivity.

The treatment of a cognitive disorder depends on its cause and brain lesions.

The treatment consists of medication combined with therapy.

In some cases, a cure is possible. In other cases, especially for some amnesias, treatment may alleviate the symptoms but not lead to a cure.

Good to know: cases of reversible dementia have been observed when the condition is due to nutritional imbalance, depression, infection, drug intoxication, or cardiovascular disease.

It is possible to prevent cognitive decline by reducing the number of factors responsible, as demonstrated by numerous scientific studies, including the Syst-Eur study. It is therefore strongly recommended to

– avoid drug interactions (beware of antidepressants and antiparkinsonian drugs, as well as proton pump inhibitors when they are taken for a long time or repeatedly);

◦ sleep, nap for one hour (no more) after the midday meal in those over 65 years of age,

◦ balanced diet (the Mediterranean diet is known for its benefits in protecting cognitive functions and reducing the risk of depression),

– to practice physical activity regularly (physical exercise causes muscles to secrete a hormone, irisin, which has beneficial effects on synaptic plasticity and memory);

– to keep time for leisure activities;

– to fight against boredom and sedentariness;

– to prevent as much possible head trauma and other concussions, which considerably increase the risk of dementia (+24%) and Alzheimer’s disease (+16%) in the future.

Good to know: the more you implement solutions to fight against the risk factors of cardiovascular diseases (physical activity, good diet, weight control, good blood pressure, etc.), the more the risk of brain damage decreases. An INSERM study shows that, compared to the group with a low level of cardiovascular health, individuals with an intermediate level and those with an optimal level had a 39% and 43% lower risk of dementia, respectively.

Note that it is also vital to have an adequate intake of B vitamins. Indeed, a deficiency multiplies the risk of dementia.

The action of caffeine on brain function

Caffeine acts on the brain’s functioning, and many studies have shown that it favors vigilance, attention, speed of information processing, reactivity, endurance to physical exercise, and mood.

Other findings support the beneficial role of long-term caffeine consumption in preserving memory and delaying age-related cognitive decline. Caffeine could also positively impact certain neurodegenerative diseases and has been associated with a reduced risk of Alzheimer’s and Parkinson’s disease. 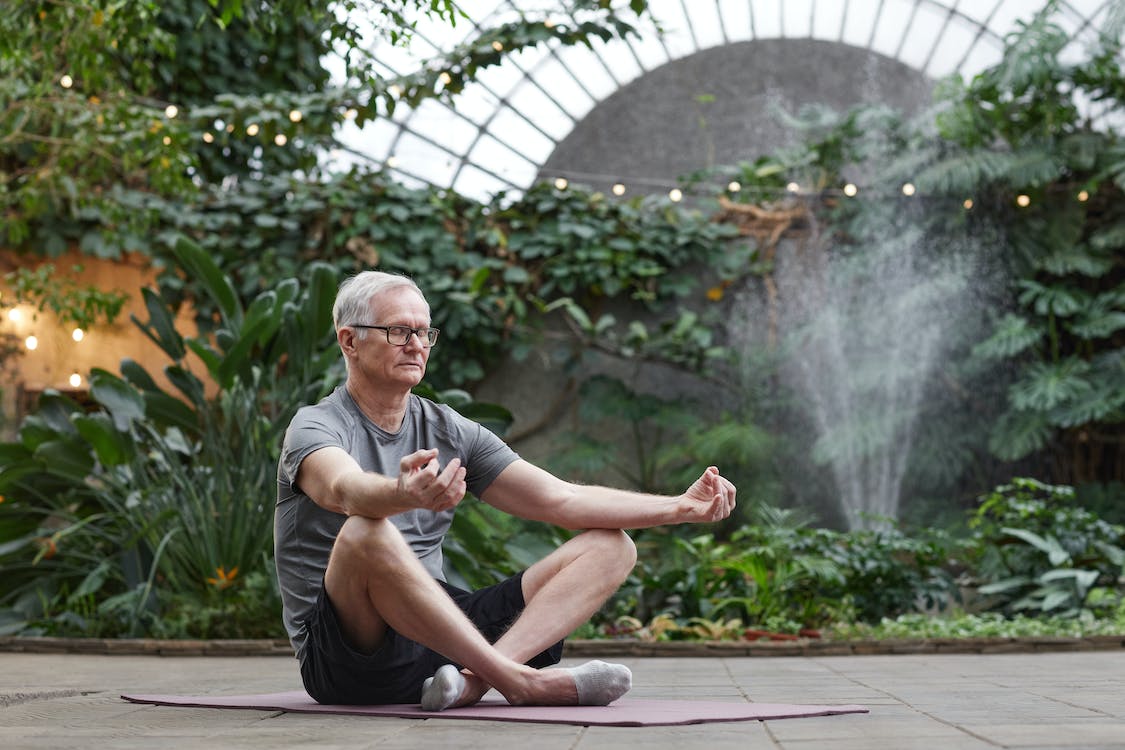 In addition, ginkgo Biloba leaves in the form of a standardized extract (EGb 761), by allowing better brain oxygenation, would help slow down cognitive decline. However, according to a journal, Ginkgo biloba, used to treat cognitive disorders in elderly patients, has no proven efficacy beyond that of a placebo but exposes patients to hemorrhages, digestive or skin disorders, convulsions, and hypersensitivity reactions.

The protective action of bacopa and saffron

In the same vein, bacopa, used in Ayurvedic medicine, is rich in bacosides that protect the brain from free radical damage by stimulating the activity of antioxidant enzymes. They act on the hippocampus (an area involved in memory), the striatum (a decision-making area), and the prefrontal cortex (an area related to emotions and mood).

It is generally recommended to take two capsules of bacopa every morning for one month, every other month.

Beneficial effects have been confirmed in various experimental models of Alzheimer’s disease. They have shown better learning and memorization capacities and a decrease in the loss of neurons in the brain, particularly in the hippocampus. Similarly, saffron has relatively powerful antioxidant and anti-inflammatory effects.

In the same vein, ashwagandha, a plant used in Ayurvedic medicine, is said to promote the regeneration of neurons and delay cognitive decline. This plant can be found in the form of capsules or powder to be taken in three-month courses.

Hericium Erinaceus is a mushroom known as “lion’s mane” and commonly called “houtou”. It has been prescribed in traditional Chinese medicine (TCM) for 2,000 years.

It is rich in polysaccharides, proteins, lectins, phenols, and terpenoids (especially hericenones and erinacins) which have neuroprotective and neuroregenerative activities. In addition, it stimulates the synthesis of nerve growth factor (NGF), a protein involved in the prevention of neuronal death and which contributes to the maintenance and proper functioning of neurons.

Even better, a Taiwanese team proved that the supplementation of three capsules (350 mg) per day of Hericium Erinaceus mycelium enriched in erinacin A improved contrast sensitivity, a vision disorder frequently observed in Alzheimer’s disease.

Meditation has a positive effect on brain aging (by allowing a reduction of stress, anxiety, negative emotions, and sleep problems). One study showed that brain regions with greater volume or metabolism in meditators are precisely those that decline the most with age.