There are many reasons why we sweat, and these go beyond making us look somewhat attractive and shiny while pumping iron at the gym or on the sports field. Perspiration is a complex bodily function that involves a person’s metabolism, hormonal levels and circulation to regulate the body’s temperature. It can also be triggered by medical and emotional issues (we’ve all been in an embarrassing situation where our pits start working overtime and make the situation worse)

So far so normal, but what happens when we start sweating more than usual. We can’t always blame it on unseasonal weather or extremely embarrassing situations. In fact, depending on the sweating symptoms, excess perspiration can be caused by anything from low blood sugar to pregnancy to thyroid issues to medication.

So, let’s put our detective hats on, grab a hand towel, and investigate 7 of the most probable reasons why your sweat glands are producing enough liquid to fill a couple of buckets.

According to medical experts across the board, PFH is one of the most common causes of excessive sweating. It generally manifests as a symmetrical excess of sweat on the body, which is just a fancier way of saying both sides of your body are sweating excessively (both palms, both feet, both sides of your groin or both armpits).

Why does it happen? No-one really knows. It’s not like people with PFH have more sweat glands, larger ones or anything else that could cause this malfunction. The working theory is that PFH is caused by a genetic issue in the nervous system that causes an unneeded sweat reaction. Fortunately, there are several treatment options available, ranging from the use of very low electrical pulses, medications or even injectable neurotoxins to paralyze sweat glands. 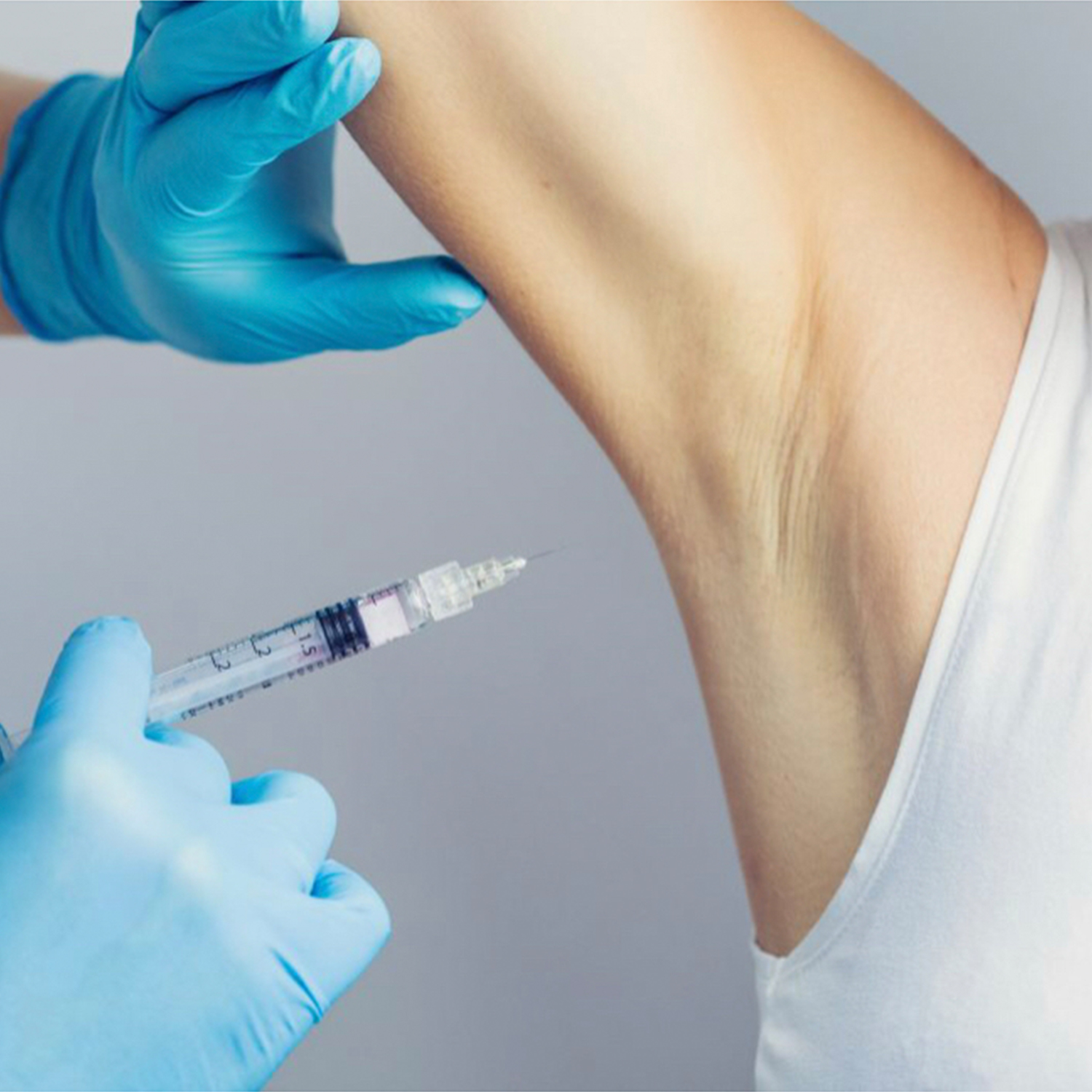 That sweaty sheen you’re sporting could just be down to the bun you’re carrying in the oven. It’s common for pregnant ladies to sweat a bit more than usual due to all the hormonal changes, higher metabolism and increased blood flow that comes from carrying a little one in your womb.

This can be another reason why pregnant women end up sweating a bit more since some people end up with hyperactive thyroid glands. However, you don’t need to be pregnant to have hyperthyroidism. There are several factors that can cause the condition, which, in addition to excessive sweating, can also be accompanied by rapid weight loss, jitteriness, tremors, fatigue and a quick heartbeat, as your body tries to cope with the hormonal push. You might also develop goitre, or an enlarged thyroid in your neck. It would be a good idea to see a doctor if you start showing these symptoms on top of the extra sweat.

Perimenopause is the period of time where the female body begins getting ready to stop having a menstrual cycle and enter menopause, and the reasons for the excessive sweating is the same as pregnancy – wildly shifting hormonal levels. Although hot flashes are the more known symptom, shifts in estrogen levels have a direct effect on the body’s temperature control settings, and some people may be more prone to flushed skin and the need to cool core body temperature, hence the lakes forming under your pits and other primary focus areas.

Diabetics are prone to excessive sweating in three ways: as a response to low blood sugar; in response to food and; night sweats.

The first instance is so well-known that diabetics are warned to check for sweat as a marker that their blood sugar has started to fall to unacceptable levels since the nervous system’s trigger for sweating is signalled by low blood sugar levels.

Sweating in response to food is rarer and is also called gustatory sweating. You’re most likely to experience this as a serious diabetic who may have suffered nerve damage. Gustatory sweating happens exclusively around food and is confined to the head and neck.

Night sweats occur in response to low blood sugar due to the body’s insulin regulation at night. However, you can also experience night sweats if you suffer from sleep apnea, infections or hormone problems, amongst other conditions.

If you’re on certain medications, those pills could be the culprit for your sweatiness. There’s a class of medications known as diaphoretics, meaning that they cause excessive sweating in some people. These include some pain medications, blood pressure and cardiovascular drugs, chemotherapy, hormonal treatments, anything targeting the endocrine system, some antibiotics and many more. Consult your medication packaging to check if the side effects listed include excessive sweating. 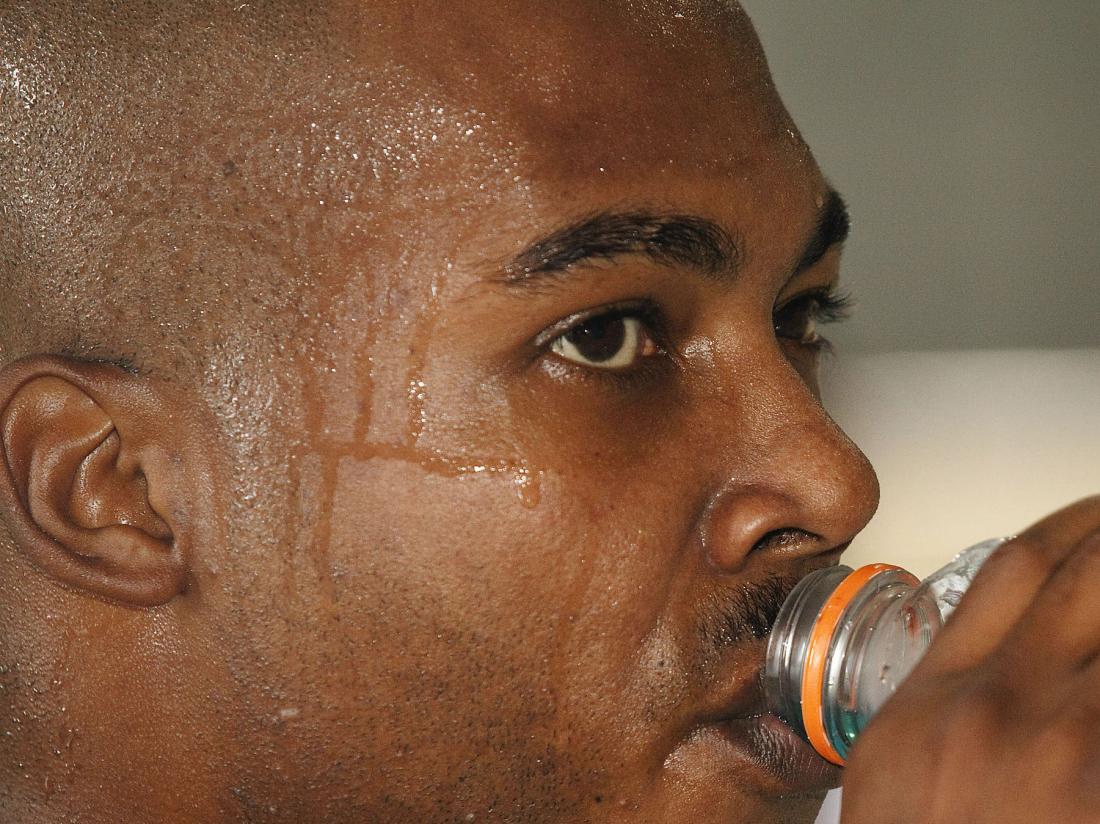 Have you ever heard of the fight or flight response? It is caused by a spike in stress hormones that change how the body functions when danger is perceived. Part of this change includes increasing perspiration so the body’s water can be eliminated through the skin rather than through the kidneys — so that you don’t have to stop to urinate amid defending yourself from, or escaping, harm.

People who live with anxiety are therefore far more likely to sweat as a direct consequence of anxiety attacks, PTSD triggers and general anxiety. If you feel your anxiety has become dangerous or is keeping you from fully engaging with life, counselling can definitely help.

We hope this article has gone some way to explaining some of the reasons why you might be producing more perspiration than normal. Did you find it useful? Let us know in the comments below.