Sleep apnea is a serious sleep disorder that happens when a person’s breathing is interrupted during sleep. People with untreated sleep apnea stop breathing repeatedly during their sleep, sometimes hundreds of times during the night.

If it’s not treated, sleep apnea can cause a number of health problems, including hypertension (high blood pressure), stroke, cardiomyopathy (enlargement of the muscle tissue of the heart), heart failure, diabetes and heart attacks. Untreated sleep apnea can also be responsible for job impairment, work-related accidents and motor vehicle crashes, as well as underachievement in school in children and adolescents.

There are two types of sleep apnea, obstructive and central:

Obstructive sleep apnea is the more common of the two. Obstructive sleep apnea occurs as repetitive episodes of complete or partial upper airway blockage during sleep. During an apneic episode, the diaphragm and chest muscles work harder as the pressure increases to open the airway. Breathing usually resumes with a loud gasp or body jerk. These episodes can interfere with sound sleep, reduce the flow of oxygen to vital organs, and cause heart rhythm irregularities.

In central sleep apnea, the airway is not blocked but the brain fails to signal the muscles to breathe due to instability in the respiratory control center. Central apnea is related to the function of the central nervous system. 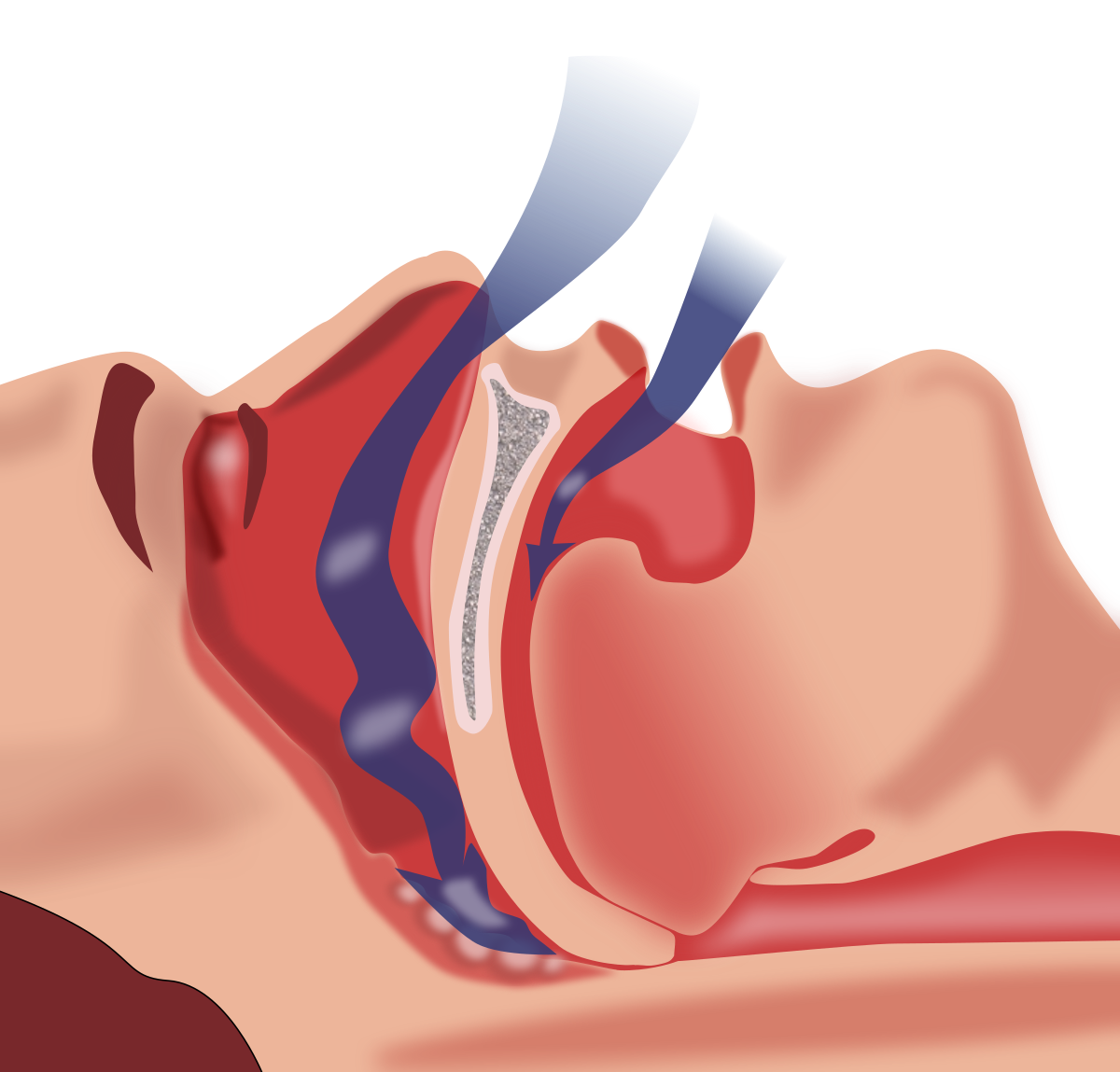 Who gets sleep apnea?

Sleep apnea occurs in about 25% of men and nearly 10% of women. Sleep apnea can affect people of all ages, including babies and children and particularly people over the age of 50 and those who are overweight.

Certain physical traits and clinical features are common in patients with obstructive sleep apnea. These include excessive weight, large neck and structural abnormalities reducing the diameter of the upper airway, such as nasal obstruction, a low-hanging soft palate, enlarged tonsils or a small jaw with an overbite.

What happens when you stop breathing?

When you stop breathing, your heart rate also tends to drop the longer your body is deprived of oxygen. Then, your involuntary reflexes cause you to startle awake at the end of that period of not breathing. When this occurs, your heart rate tends to accelerate quickly and your blood pressure rises.

For example, your blood pressure tends to go up, your heart walls thicken due to increased workload and the structure of your heart changes. It tends to become stiffer and less flexible because there are more fibrous cells growing in between the muscle cells.

All of those things increase the risk you can have either atrial or ventricular arrhythmias. They also tend to reduce the function of the heart so that it’s less efficient at pumping blood.

Obstructive sleep apnea is caused by a blockage of the airway, usually when the soft tissue in the rear of the throat collapses during sleep. Central sleep apnea is usually observed in patients with central nervous system dysfunction, such as following a stroke or in patients with neuromuscular diseases like amyotrophic lateral sclerosis. It is also common in patients with heart failure and other forms of heart, kidney or lung disease.

What are the symptoms of sleep apnea?

Often the first signs of OSA are recognized not by the patient, but by the bed partner. Many of those affected have no sleep complaints. The most common signs and symptoms of OSA include:

People with central sleep apnea more often report recurrent awakenings or insomnia, although they may also experience a choking or gasping sensation upon awakening.

Symptoms in children may not be as obvious and include: 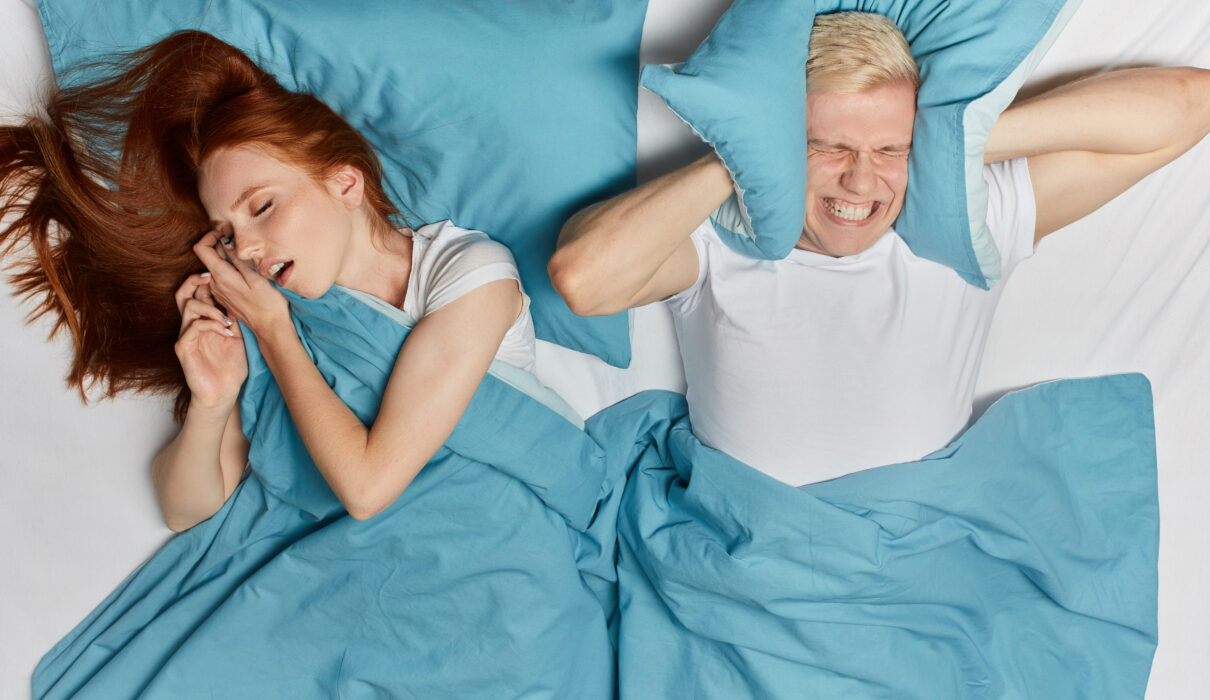 How is sleep apnea diagnosed?

If your doctor determines that you have symptoms suggestive of sleep apnea, you may be asked to have a sleep evaluation with a sleep specialist or may order an overnight sleep study to objectively evaluate for sleep apnea.

Testing includes an overnight sleep study called a polysomnogram (PSG). A PSG is performed in a sleep laboratory under the direct supervision of a trained technologist. During the test, a variety of body functions, such as the electrical activity of the brain, eye movements, muscle activity, heart rate, breathing patterns, airflow, and blood oxygen levels are recorded at night during sleep. After the study is completed, the number of times breathing is impaired during sleep is tallied and the severity of the sleep apnea is graded.

For adults, a Home Sleep Test (HST) can sometimes be performed instead. This is a modified type of sleep study that can be done in the comfort of the home. It records fewer body functions than PSG, including airflow, breathing effort, blood oxygen levels and snoring to confirm a diagnosis of moderate to severe obstructive sleep apnea.

An HST is not appropriate to be used as a screening tool for patients without symptoms. It’s not used for patients with significant medical problems (such as heart failure, moderate to severe cardiac disease, neuromuscular disease or moderate to severe pulmonary disease). It’s also not used for patients who have other sleep disorders (such as central sleep apnea, restless legs syndrome, insomnia, circadian rhythm disorders, parasomnias or narcolepsy) in addition to the suspected obstructive sleep apnea.

With the high prevalence of sleep apnea in cardiac arrhythmias and heart failure (essentially a coin flip as to whether the patient has it), experts recommend that you don’t delay in seeking the advice of your physician. Check back for part 2 of this article where we will go over the various treatments for the condition.