Everything You Need to Know About Treating Fibroids

Fibroids—smooth muscle tumours of the uterus—are common, affecting as many as 75% of women. They are rarely cancerous, and they cause symptoms in only about 20% of the women who have them. However, if you’re one of those with symptoms like heavy menstrual bleeding, bad cramps, pelvic pressure, constipation, or frequent urination, you know how fibroids can disrupt your life. Even if they don’t cause symptoms, they may grow into the uterine cavity, potentially complicating a pregnancy and raising the risk of miscarriage.

These days, there’s no reason to endure fibroid symptoms. There are several effective therapies that can be tailored to suit you, including the following:

Medical treatment. Traditional combined oral contraceptives, which contain both oestrogen and a progestin, can provide effective treatment for fibroid-related symptoms. They can help diminish extremely heavy bleeding and can help regulate menstrual periods. Progestin-only therapies can stabilize the uterine lining to reduce bleeding. Both combined oral contraceptives and progestins come in a variety of forms, including pills, patch, injections, implants, vaginal ring, and a progestin-releasing intrauterine device. Although these treatments can be very effective, fibroid symptoms typically return when women stop taking the medications.

Uterine artery embolization. A radiologist performs this minor procedure to deposit small particles into the uterine artery, blocking off the blood supply to the fibroids, which shrinks them and reduces bleeding. This procedure is not advised for women who want to have children in the future.

Endometrial ablation. This minor, same-day procedure destroys the lining of the uterus and decreases the amount of uterine bleeding. Although pregnancy is less likely after an endometrial ablation, this procedure does not provide contraception, and those who conceive after an ablation are at increased risk of pregnancy complications. Women who choose ablation are advised to take contraceptive measures, and the procedure is usually recommended only for women who have completed childbearing. 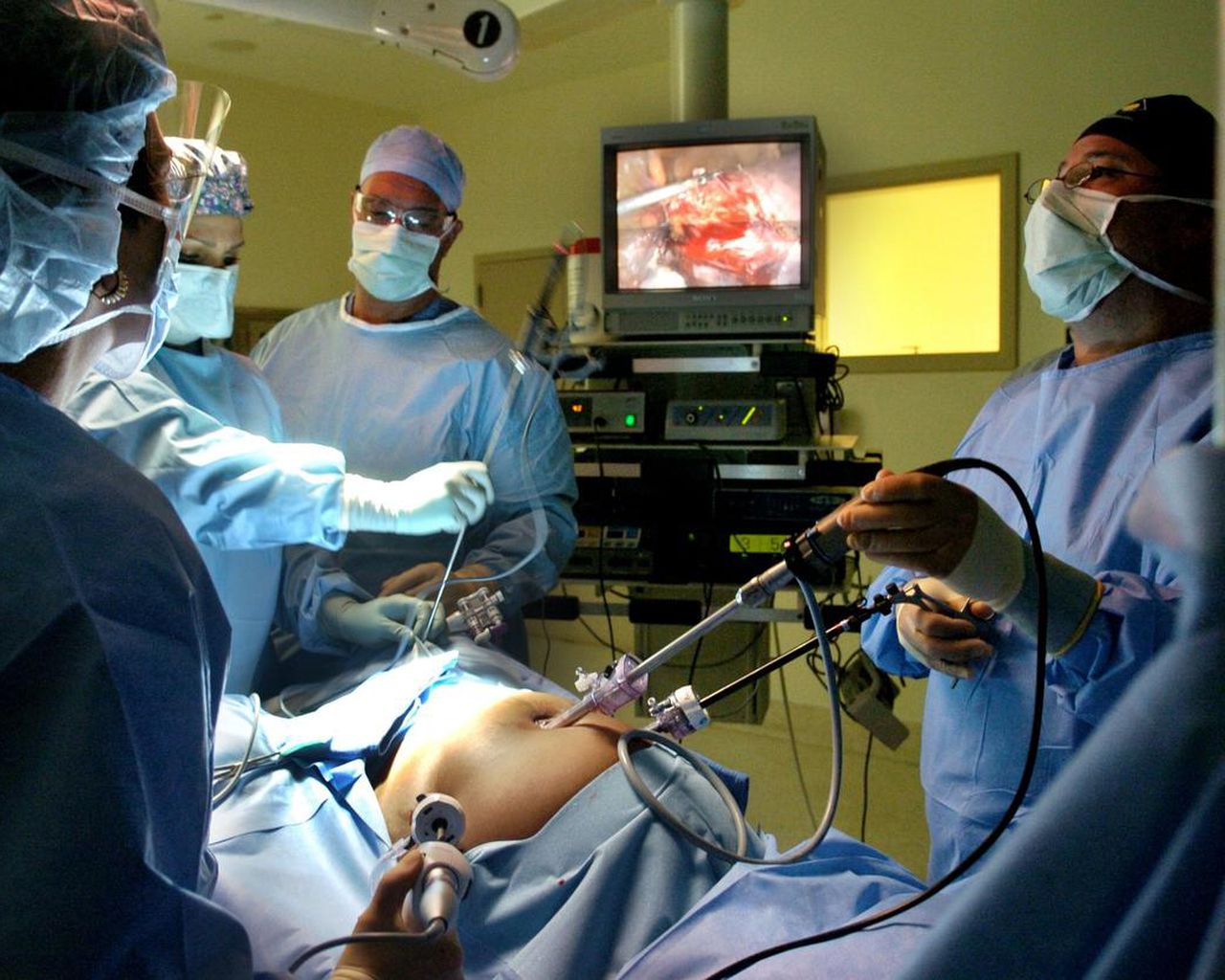 Myomectomy. This term refers to a surgical procedure to remove fibroids while leaving the uterus in place. This treatment is often used in women who still want to have children. Fibroids may be surgically removed through a variety of techniques; the best approach depends on the fibroid’s location. Fibroids in the uterine cavity are best removed vaginally using a hysteroscope. This is an incisionless approach, in which a miniature camera and surgical tools are inserted through the cervix and into the uterine cavity. Fibroids within the uterine walls or protruding outward are better removed abdominally, either through a traditional open abdominal incision or with a minimally invasive approach using a laparoscope (a device that inserts a camera and tools through incisions no larger than a centimetre).

Hysterectomy. The removal of the uterus along with the attached fibroids provides a permanent solution for women who aren’t interested in having children.

When to get treatment

Women typically are not complainers. Generally, they are the caretakers of the family and are not used to putting themselves first, so they may delay getting treatment until symptoms are intolerable.

If women seek help when their condition is symptomatic but not so excessive, they may have more treatment options available to them, including the more conservative therapies. The sooner they can get relief, they can get on with their lives.

Symptoms alone are not always the deciding factor for treatment. Whether or not you want to have children is also important. If you still plan to have children, fibroids that have grown into the uterine cavity should be removed before you conceive, since they can cause miscarriages and pregnancy complications. If you have fibroids that have increased significantly in number or size, they should also be removed because they may cause complications during pregnancy. Myomectomy is usually the best fibroid treatment for women who plan to conceive.

If you don’t plan to have children, your symptoms, age, and health play a greater role in determining when to seek treatment. After menopause, fibroids often shrink and symptoms may resolve in women who don’t use hormone therapy. If you are in your 40s and your symptoms are tolerable, you may choose to wait and see if they regress after menopause. However, if you have excessive bleeding that has caused anaemia (abnormally low numbers of red blood cells) or symptoms that interfere with your day-to-day life, it may be time to think about having your fibroids treated. Speak to your doctor about which treatment is best for you.