Inside the Mind of A Narcissist – What is NPD?

Narcissistic personality disorder (NPD) is a personality disorder in which people have an inflated opinion of themselves. They also have an intense need for the admiration and attention of others. People with NPD may be generally unhappy and disappointed when they’re not given the praise or special favors they believe they deserve. Others may see them as snobbish and conceited, and may not enjoy being around them.

NPD can cause problems in many areas of life, including work, school and relationships. However, the disorder is manageable with therapy and certain improvements to the narcissist’s lifestyle.

How to Identify Someone with NPD Traits

People with NPD are usually described as being arrogant, self-centered and demanding. They often have high self-esteem and may believe they are superior or special compared to other people. However, they seem to need excessive praise and admiration, and they may react poorly to perceived criticism. Narcissists also tend to exaggerate their own talents and accomplishments, while downplaying those of others. They are usually preoccupied by power, success, and beauty. They might even engage in impulsive behaviors, such as risky sex and gambling.

Some traits of NPD may appear similar to confidence. However, healthy confidence and NPD aren’t the same thing. People who have healthy self-esteem are usually humble, while people with NPD almost never are. They tend to put themselves on a pedestal and perceive themselves as better than everyone else.

NPD usually appears in early adulthood according to research done into the issue. People with the disorder may not recognize that they have a problem since it goes against their self-image. Doctors and mental health professionals often use the new edition of the Diagnostic and Statistical Manual of Mental Disorders (DSM-5), published by the American Psychiatric Association, to diagnose mental disorders, such as NPD. The DSM-5 diagnostic criteria for NPD include the following traits:

To determine whether you meet these criteria, your doctor or mental health professional may ask you to fill out a questionnaire. You may also be tested for other mental disorders and health conditions. 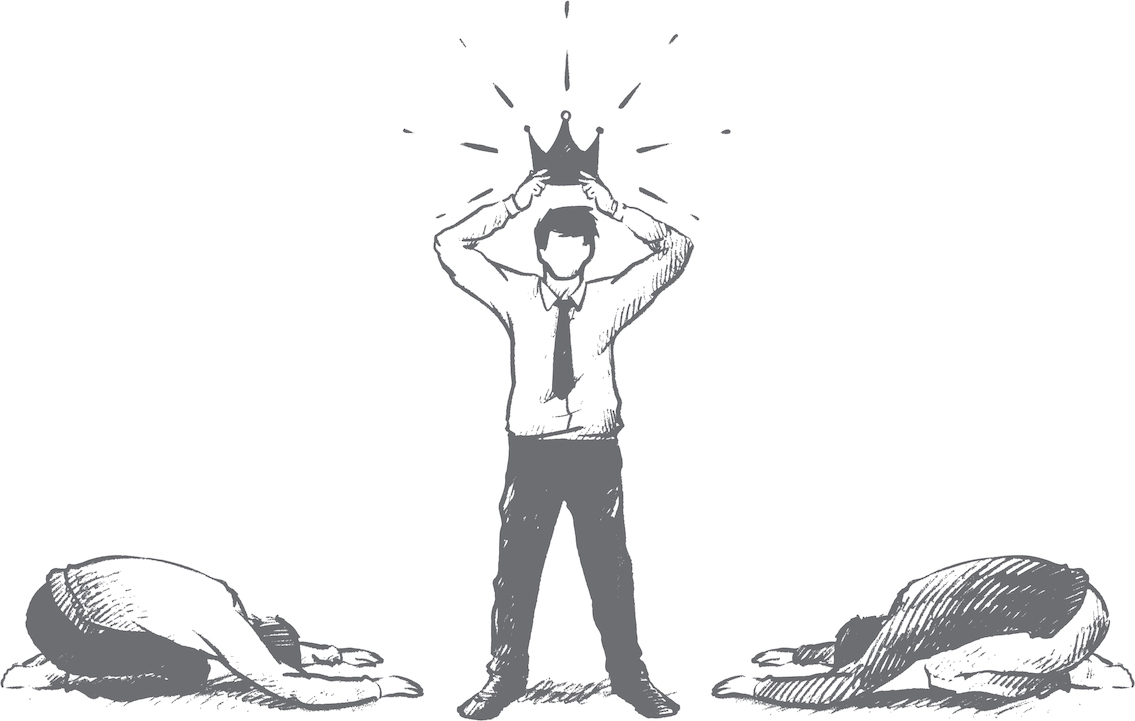 The causes of NPD aren’t well understood. However, inherited genetic defects are thought to be responsible for many cases of NPD. Contributing environmental factors may include childhood abuse or neglect, excessive parental pampering, unrealistic expectations from parents, sexual promiscuity (which has a somewhat cyclical relationship with narcissism, as in, a person is promiscuous because of their narcissism, while also being narcissistic because of their promiscuity) and also certain cultural influences.

Treatment for NPD primarily consists of talk therapy, also known as psychotherapy. If symptoms of NPD occur alongside depression or another mental health condition, then appropriate medications may be used to treat the other disorder. However, there are no medications to treat NPD. Talk therapy can help you learn how to relate better to others so your relationships can become more enjoyable, intimate, and rewarding. Developing positive interactions with other people can greatly improve various areas of your life.

Since personality traits can be difficult to change, it may take several years of therapy before you see an improvement. During this time, you may begin to see therapy as a waste of time and be tempted to quit. However, it’s important to stick with treatment. Attend all your therapy sessions and take any medications as directed. With time, you’ll begin to see a difference in yourself and your relationships with others.

The following lifestyle remedies may help you as you go through therapy:

Recovery from narcissistic personality disorder takes time. Stay motivated by keeping your recovery goals in mind and reminding yourself that you can work to repair damaged relationships to perhaps become more content with your life.