According to the World Health Organization, around 1.6 million people have died due to diabetes in 2016 alone. This makes it one of the leading causes of death worldwide. Between 1980 and 2014, the amount of people with diabetes has increased almost four-fold changing from 108 million to 422 million. It is also estimated, that by 2045, this number will skyrocket once again to 629 million diabetics worldwide. But what exactly is diabetes? 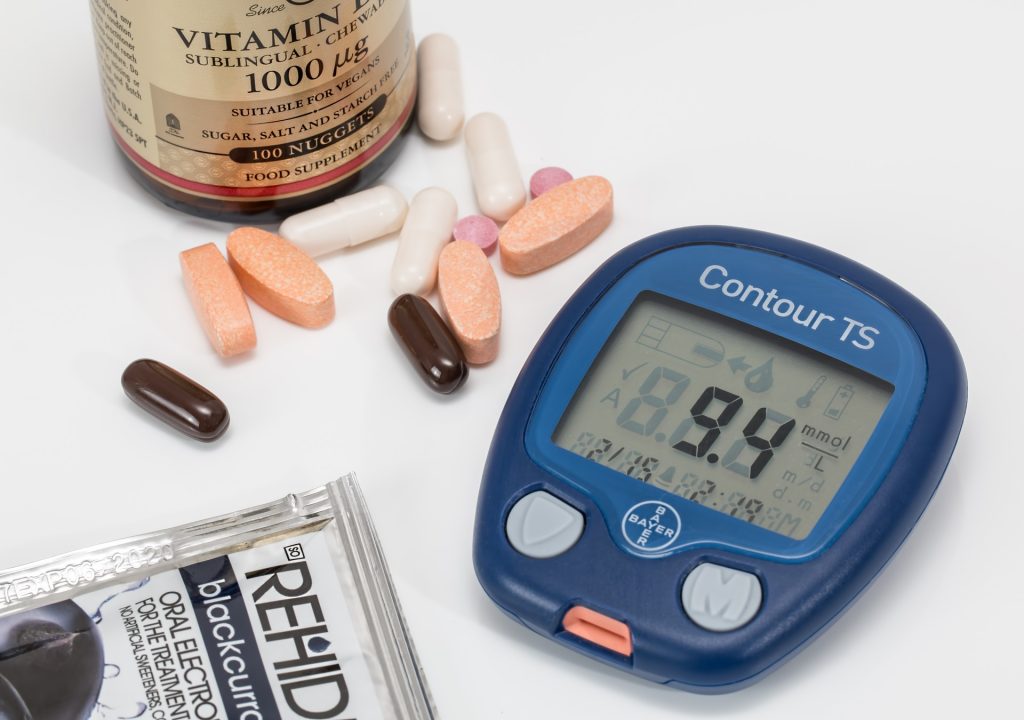 What causes diabetes?
Well-functioning bodies break down the carbohydrates that we eat or drink to release their sugar (glucose) into our blood. In order to have the glucose enter your cells, however, a hormone called insulin is needed. Insulin is produced in the pancreas which, in a well-functioning body, will produce the right amount of insulin for the amount of food consumed.

Diabetes is a medical condition that describes a series of metabolic diseases which cause high blood sugar levels. These metabolic diseases include a malfunctioning pancreas which is unable to produce sufficient insulin or a body unable to effectively use the insulin it produces to regulate its blood sugar. A common result of untreated diabetes is high blood sugar levels (hyperglycemia) which could, over time, lead to serious damage to the body’s systems, especially nerves and blood vessels.

Type 1 Diabetes
Previously known as “juvenile diabetes” or “insulin-dependent diabetes”, type 1 diabetes is a chronic disease in which the pancreas produces little or no insulin.

Type 1 diabetes signs and symptoms can appear relatively suddenly and may include:

If left untreated, type 1 diabetes can lead to complications in the primary organs of the body, such as the heart, blood vessels, nerves, eye, and kidneys. These disabling, sometimes life-threatening complications include: 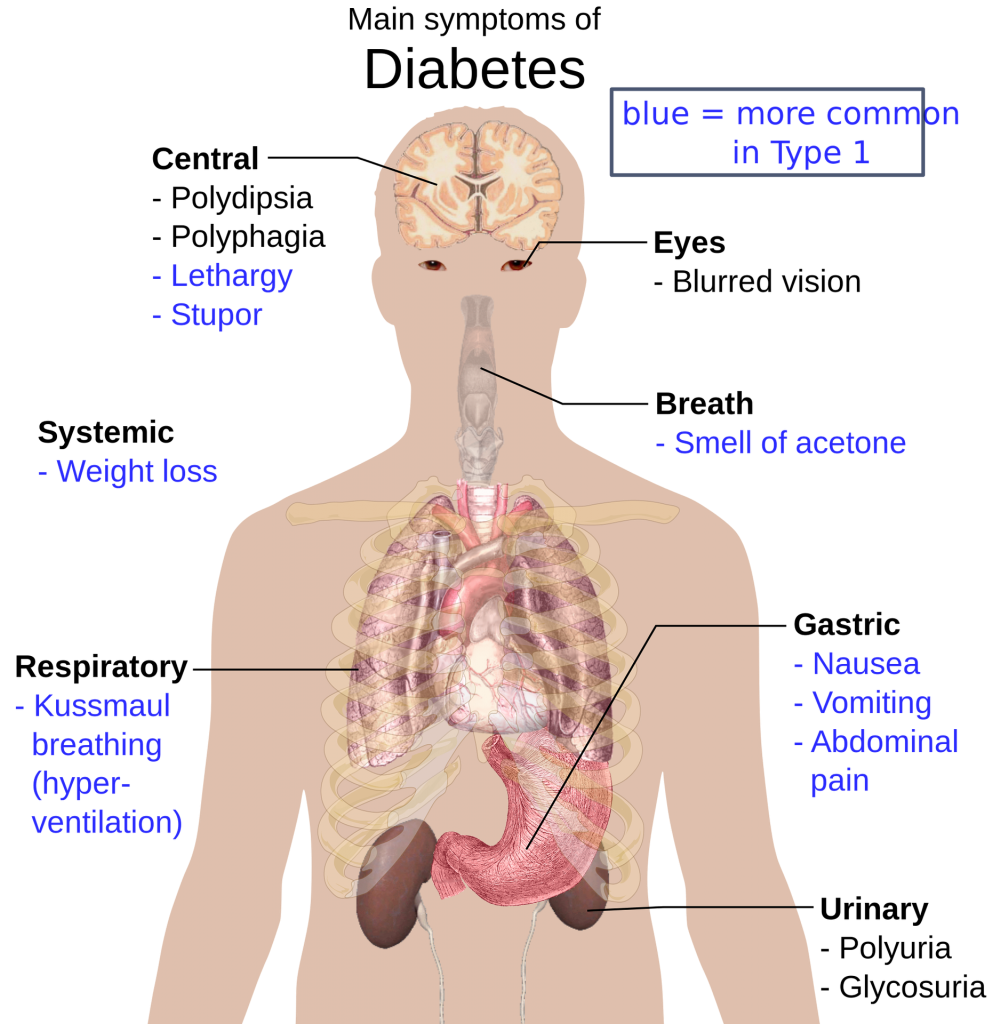 Type 2 Diabetes
Also known as “adult-onset diabetes” or “noninsulin-dependent diabetes”, type 2 diabetes is a chronic condition that affects the way your body metabolizes sugar. This can happen in two ways, either your body resists the effects of insulin or is unable to produce enough insulin.

The risk of developing type 2 diabetes increases as you age, and sometimes symptoms can go unnoticed for years. These include:

Despite the amount of research done, no cure has been found. But with a wide range of reliable treatments available from insulin shots to healthy food plans, a diabetic patient can still live a long and healthy life. The best plan would be to get in touch with a medical practitioner as soon as possible if you are experiencing any of the symptoms listed.