Hearing loss rarely occurs all of a sudden. It usually develops gradually, over a long period of time – and is therefore imperceptible at first. This is because those affected gradually get used to the onset of hearing loss. Because the brain can compensate for the hearing deficiencies for a long time, there are few disadvantages in everyday life during the first phase. But from a certain point, hearing loss can no longer be readily compensated for. Often, this is noticed by family and friends of the affected person long before they themselves realize they cannot hear normally.

Even those affected by hearing loss who know that they can no longer hear perfectly often still do nothing for a long time. Using the argument “It’s still OK!”, they put off a hearing test with an audiologist. This is because being aware of your own hearing loss is one thing, but acknowledging it is not so easy.

The problem is that if you wait too long, you risk serious consequences. Researchers have found that after about seven years, our brains simply lose the ability to hear certain sounds. If you can hear these sounds again with a hearing aid, they may no longer be correctly interpreted, and are therefore often perceived as excessively loud and unpleasant – even if it’s something as harmless as the rustling of leaves or a friendly conversation. 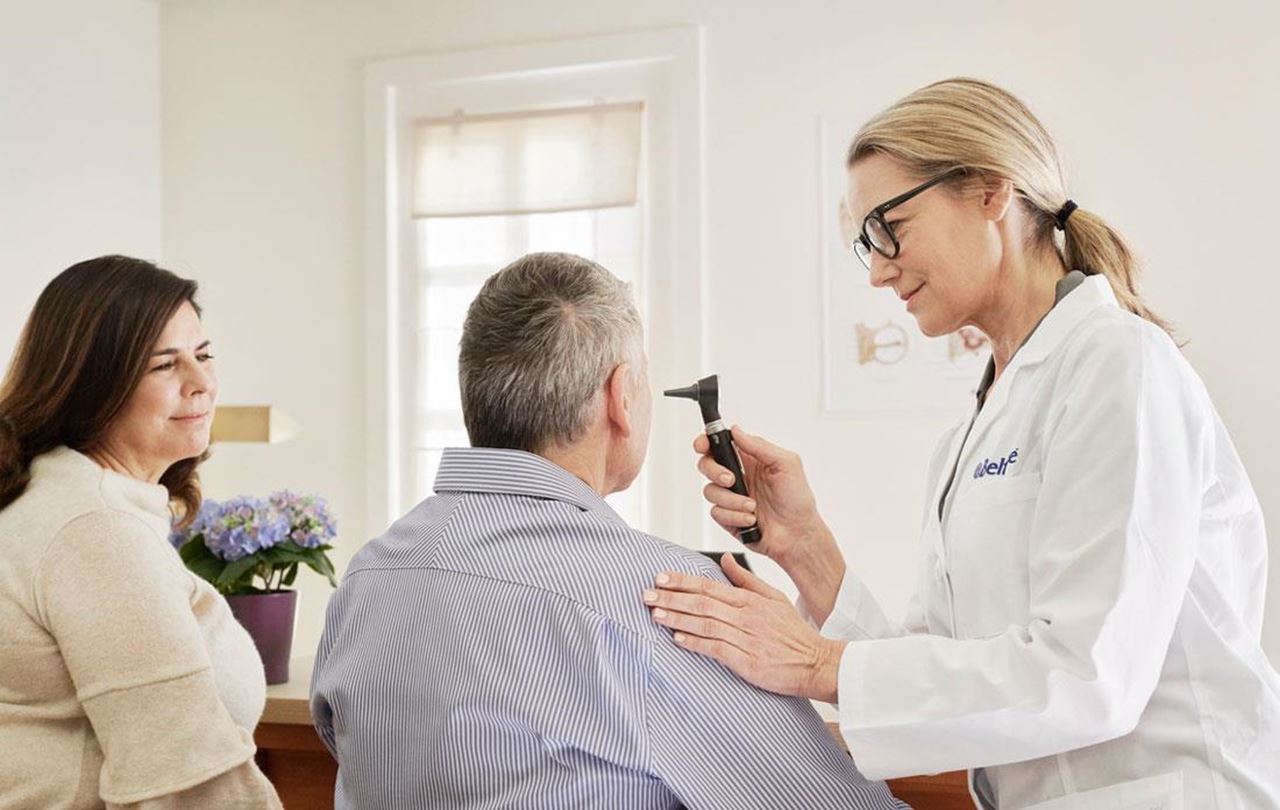 What happens in the event of hearing loss?

The cause of hearing loss may be found at various points in our complicated, sensitive ears: the outer ear, the middle ear, the inner ear or even the auditory nerve. Hearing loss is not always age-related. It can also be triggered by loud noises, infections, poisoning or injuries, or may be hereditary.

It is mainly the higher frequencies that are affected first in most cases. Because these are important for hearing the so-called voiceless consonants (f, s, p, t), the understanding of speech is often impaired at an early stage. Depending on the type of hearing loss, other symptoms appear, for example, tinnitus, noise sensitivity, or dizziness. In almost all cases, hearing loss is permanent, and it is often difficult to predict how it will progress.

What many of those affected are unaware of is that untreated hearing loss sooner or later also has an impact on the mind or on quality of life. People with untreated hearing loss often complain of chronic fatigue. For them, conversations are so stressful that they would rather avoid social contact, and they increasingly withdraw. Studies show that the likelihood of older people with hearing loss starting to develop dementia is significantly higher than among those with normal hearing.

What can be done about hearing loss?

Whether or not a hearing aid can be used to compensate for or reduce hearing loss depends on the cause. In most cases, fortunately, this is possible. When amplifying and modulating background noise, the hearing aid takes into account how the auditory response area in our heads processes sounds and voices. Modern technology, therefore, makes hearing easier and more comfortable again.

Digital technology separates voices from background noise, for example, making it easier for someone with hearing loss to understand and stay focused on a conversation. In addition, the hearing loss is compensated for so that both ears can work together again optimally, which improves precise directional hearing and therefore orientation. This trick works by the hearing aids on both ears communicating with one another.

Some forms of hearing loss are genetic. They are caused by mutations in the genes that affect the development and function of the ear. Nowadays, it is known that, of the approximately 30,000 genes in humans, about 500 can influence hearing. Gene research continually leads to new findings in this area. Of all the congenital forms of hearing loss, two-thirds can be ascribed to such a gene mutation. In the other third, it is a syndrome, e.g. Usher Syndrome, in which patients have a combination of symptoms, also including visual impairment, among others.

How can this be prevented?

In order to hear, we not only need two functioning ears, but also an intact and trained auditory response area in the brain. This is because, in the auditory cortex, the acoustic pulses are interpreted and transmitted to the brain. Did you know that our sense of hearing stimulates our brains more than our sense of sight? The problem is that when the brain is no longer sufficiently “trained” due to hearing loss over a longer period, nerve endings are broken down. As a result, the brain not only loses the ability to hear, but also ages faster overall; for every 10 decibels of hearing loss, the risk of dementia increases by more than 20 percent. The only thing that can prevent this development is timely treatment with a hearing aid. Experts recommend a yearly hearing test from the age of 50.